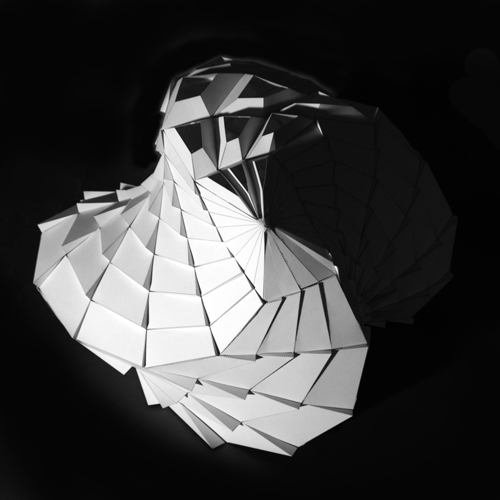 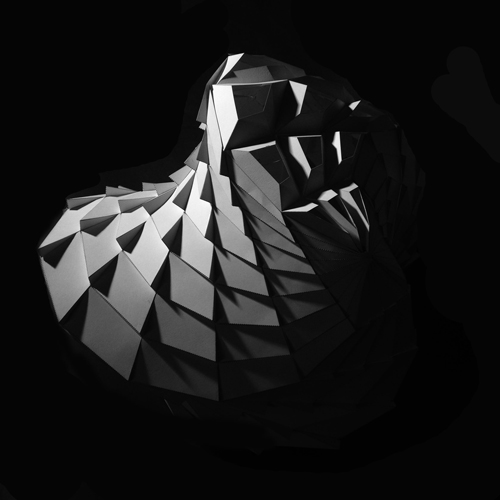 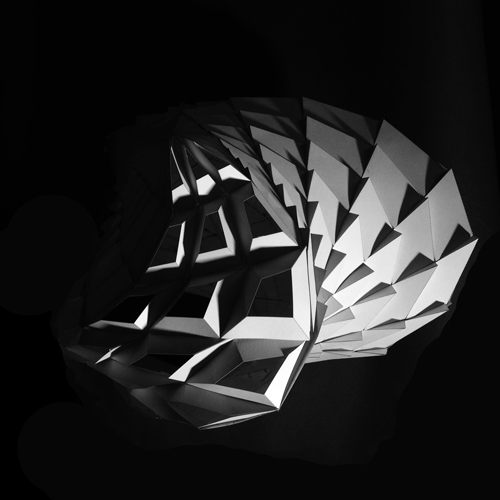 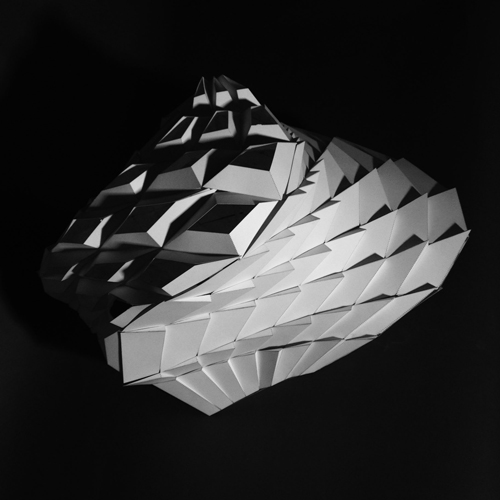 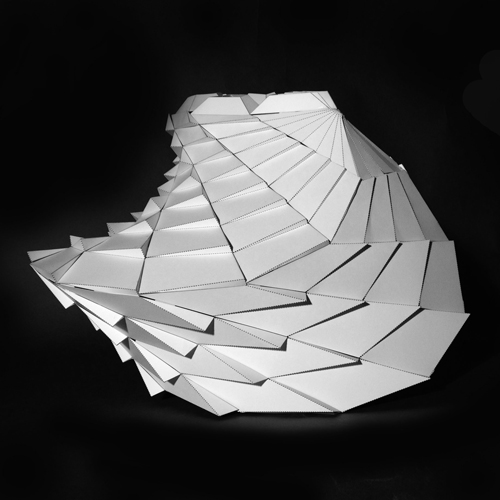 (In collaboration with June Lee and Carlos Hernandez-Tellez)

A prototype for a spinning lampshade / disco ball that is based on a traditional pinwheel and produces similar visual effects when it turns. The shape was given depth by sweeping doubly curved surfaces along a helicoid.

It was then panelized into discrete quadrilateral planes allowing it to be cut as a series of flat, scored panels that were subsequently folded and joined with glue.